Andrea Jaxson is heard coast to coast on Westwood One’s AC format. She hosted one of the highest rated evening radio shows in Dallas/Ft Worth, “Night Light™ with Andrea” on 94.9 KLTY FM. “Night Light™” was also syndicated through the Salem Music Network. For over 30 years Andrea has been entertaining her listeners on the radio and is recognized as one of the top talents in radio. She began her radio career at the early age of seventeen at Dolly Parton’s radio station WDLY in Pigeon Forge Tennessee. Andrea quickly found herself working at 107.7 WIVK in Knoxville Tennessee, which held the #1 market share in the country at the time. Before moving to Dallas, Andrea had a brief stint at the Top 40 station Star 93.1 as Music Director and Mid-Day personality. Andrea is considered a veteran in the radio industry with over 30 years experience including 20 + years in a top 5 market. She has been part of a team that has received 6 Marconi Awards for excellence in broadcasting from NAB, she has been voted “On Air Personality of the Year” by Program Director.Net and “Radio Person of the Day” by Radio Daily News. Andrea has a great passion for life and people. She loves traveling and catching a round of golf with her husband Mike on the weekends.

This message is only visible to admins. 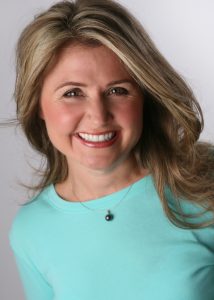